I've just scanned in the first finished page for The 36th Chamber Part III and I'm surprised by the amount of pencil that is still visible. I've grown used to it being less noticeable as I prefer to use 9H pencils, but have been using 4H due to my supply of 9H pencils running out and the nearest craft shop from which I had purchased my pencils closing down several months ago.

It's time to put on an extra thick jumper and check on your elderly neighbours to make sure they're okay as Winter is coming! I learned this as I walked through the park and could barely see anything six metres away from me due to the fog (which was surprisingly confined within the park). 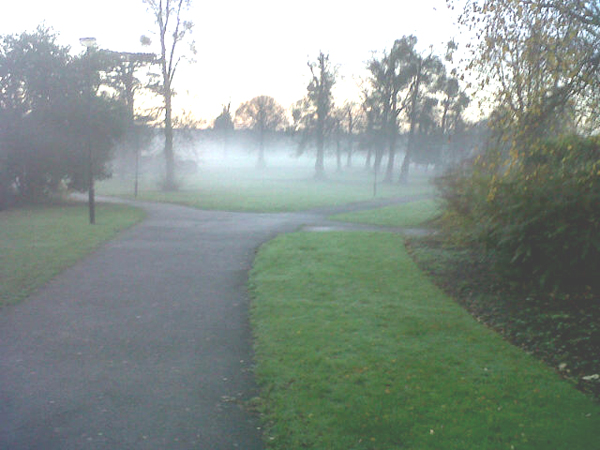 Following months of seemingly endless dental appointment I have been fitted with a crown. Far from being content to have become a King among teeth my rear two is currently battling for supremacy with the tooth directly above due in no small part to the crown leaving no room for that tooth which is exceptionally long.

I've had an Obitsu head for over a year, but it wasn't until today that I was finally able to fix the head into a body as my TTL 1/6 headless body arrived this afternoon. 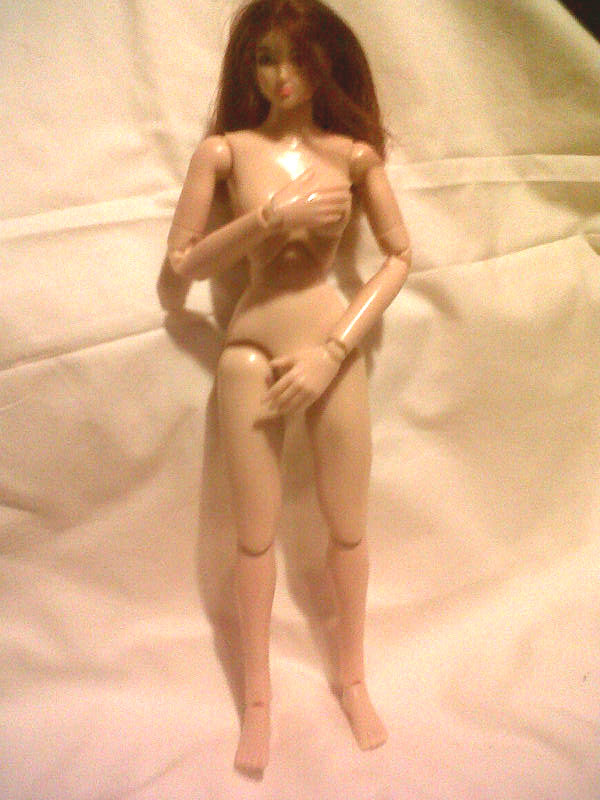 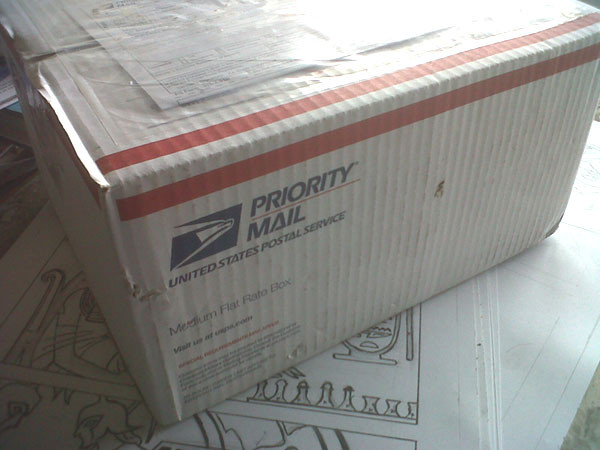 This somewhat large package arrived earlier today which I found left sitting on the stairs for anybody to kick down. I haven't seen James Cameron's Prometheus and have been waiting for a copy of the DVD to come through the post, although this box is obviously to large for a DVD. ( Collapse )

The cover for Stir Fried Product #6 is almost complete! 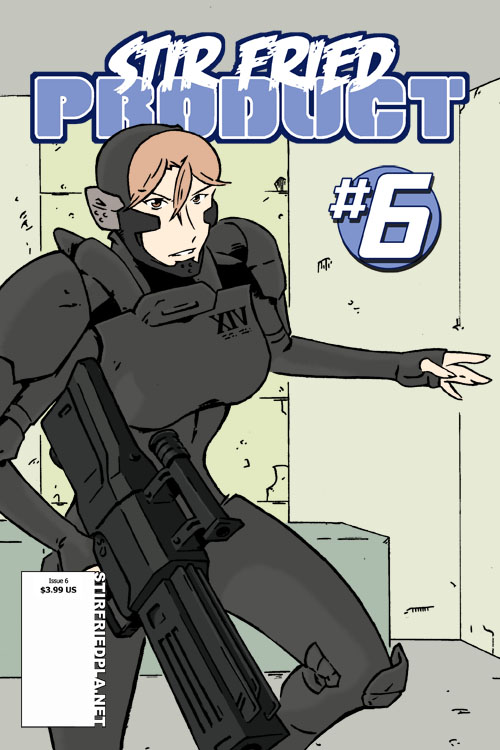 Just a few more tweaks to be made before everything is ready and I can go back to complaining about the Black Labrador Retriever that pounces at me each time I walk to the Kitchen to make a cup of Tea!

The Games of the 30th Olympiad have finished (although the Paralympics begin at the end of the month) and I had planned to participate in a few games myself, however this did not work out as well as I'd had hoped, especially as most of the games required more than one participant. 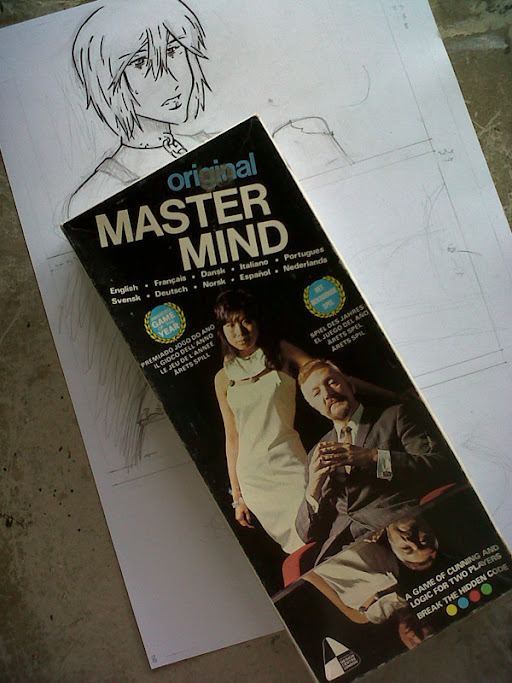 I received a letter from the Japan Information and Cultural Centre through the post today. They had sent me a Final Fantasy IX keychain and also TEN leaflets for this years Manga Jiman competition which thematically ties in with the London 2012 Olympic Games which are just 27 days away! 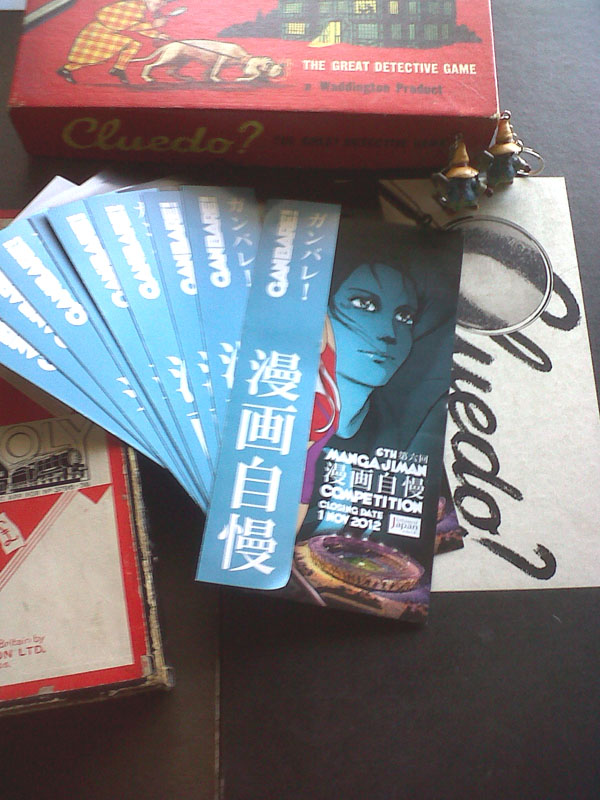 I now have two classic Board Games, the original version of Monopoly (which I haven't played for fear that I'll ruin or lose any of the pieces) and an original version of Cluedo (with lead pipe made of real lead and revolver that's actually a pistol) which are both 100% complete which is more than can be said for Trivial Pursuit which consists of a loose board, the pieces which are secure in the original bag and 192 question cards which aren't that easy to keep in order without the original container.

This past weekend I attended the MCM London Comic Con (as I heard it described over the tannoy) where one-hundred and thirty small press exhibitors were all squeazed into the corner of exhibition hall. As the event is primarily a promotional show there was an abundance of advertising for upcoming films such as Prometheus which you can see in Cinemas from this Friday (as early as 00:05) and G.I.Joe: Retaliation which you can see in Cinemas next March as its been delayed for ten months for re-shooting (and probably also get the toyline into stores outside the US).
. 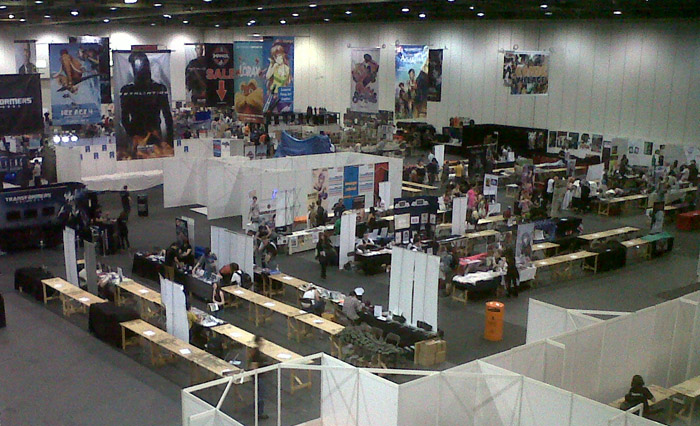 I attended the Eagle Awards on the Friday where there was refreshments aplenty but few of the nominees had turned up so it was a very short ceremony after which Brian Cooney announced that it would be the final Eagle Awards which put an end to my recently concocted idea that if I were ever to win an award I would have written an acceptance speech in Sign. Due to delays on the underground due to a power failure on the Jubilee line I was quite late getting back home and as a result had less than four hours sleep and spent most of Saturday trying to prevent myself from falling asleep. 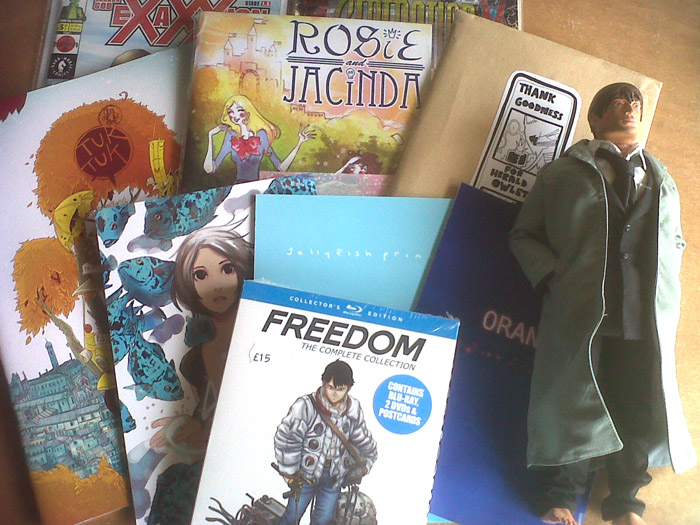 This was also an event where I found myself able to once more enjoy the art of conversing with Beautiful Women, although it would appear that a number of people had mistakenly bought shares in Facebook and had no money to buys comics with. However I was in a jovial mood due to the fact that the Green/Grey trench coat had arrived though the post. It was originally made by Hot Toys for the Ryo Saeba 1/6 scale figure which retails at around £120 but I was fortunate that I only had to pay £12.50 for the coat itself (the only alternative being a Triad Toys raincoat for £18.54). I also bought some bits and pieces but due to a misprinting in the programme which lead me to believe the Freedom Blu-Ray would be £10 when it was i fact £15 I ran out of cash quicker than I expected.

The MCM London Comic Con will return in the last week of October with a possible One-Hundred and Forty tables in the Comic Village and Probably those G.I.Joe: Retaliation banners as well!

A suit for the 1/6 figure arrived today so although I've still got to wait for the Trenchcoat and something to put on the feet. No idea what I'll do after that! 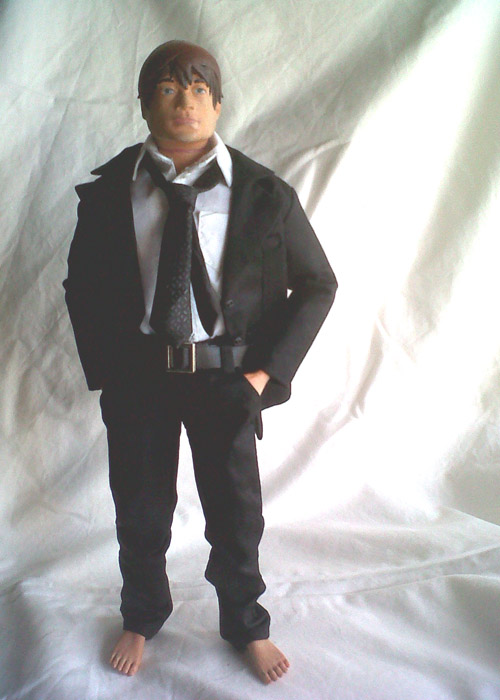 MCM is being held at the Excel Exhibition Centre this weekend and I have already washed the cloths, bought snacks for the weekend (two packets of Oreos, two tubes of Fruit and Nuts, two packets of Rice Crackers, two boxes of Tracker bars a bag of Pez with dispenser some Sesame Snaps and Six litres of Scottish Highland Water). Also, due to the extreme heat I've noticed this week I decided to head to a Salon to get my hair trimmed and prevent my head from overheating. I asked for the hair to be trimmed back to at least half the length but I also expressed concerns about the length of hair that extends down my neck and so the final cut is slightly shorter than I'd usually be comfortable with.

The MCM Programme is now available, although they seem to have disabled embedding, but you can still head over to myebook and read it there!

A few weeks ago I watched a video featuring John Cleese giving a lecture on creativity, the main message I got from it was to never underestimate the importance of being allowed to play. I have learned the importance of this, when confronted by a deadline whether due to my own making or otherwise my mind becomes frozen like a Deer in headlights; taking time out to play allows me to engage my brain in another way and makes it easier to reach a solution to my original problem. 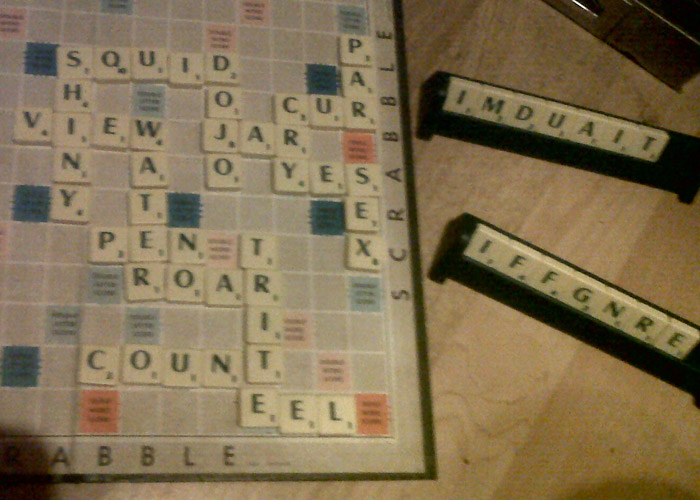 I've got a complete Scrabble set (made out of two different sets) however there is the problem that nobody wants to play Scrabble and when I can convince them to play they cheat by creating words that don't exist. There are other problems like the year old Labrador that circles the living room, knocking the table as he goes. 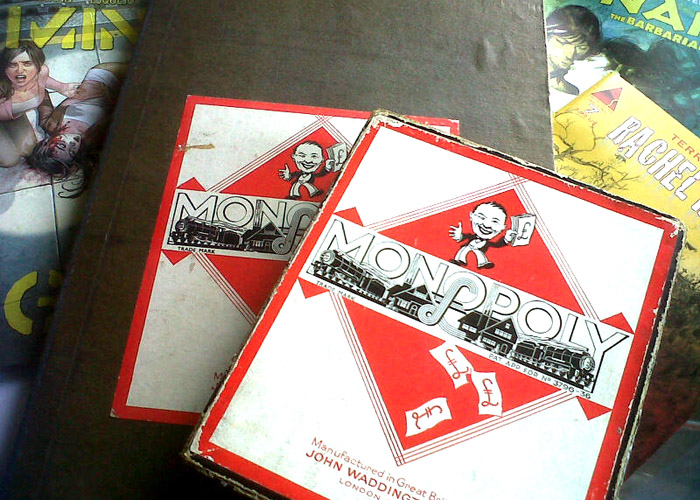 I also have a 75 year old game of Monopoly which I'm too afraid to play unless I break it or lose any of the pieces. The copies of Mind The Gap, Rachel Rising and Conan the Barbarian arrived on Wednesday but I haven't got around to reading them all, I'll have to wait another month for the first issue of Dancer and hopefully Creator Owned Heroes and Carbon Grey volume 2.
Collapse